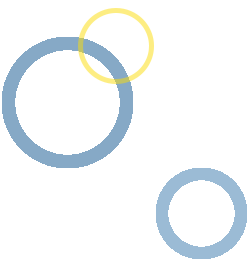 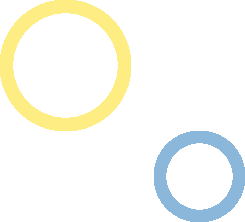 Imagine if you are listening to loud heavy metal music, trying to solve a maths equation whilst also having disco lights flashing around. You would find that this is very overwhelming and difficult to stay calm and concentrate. For some children, the heavy metal music is the sound of the fridge running, the math equation is your simple instruction to put their shoes on, and the flashing disco lights is the sun flickering in through the curtains.

For most of us, we don’t notice all this extra “noise” that goes on inside the family home. Simple sounds that are white noise for us, like the sound of the fridge running, can be extremely distracting for someone with Autism or with Sensory Processing Disorder.

When there is too much to try to take in, the brain can’t focus, sometimes causing behavioural issues in children. The overwhelming stimulation could cause your child to have a meltdown, throwing themselves on the floor, crying uncontrollably and making them extremely hard to settle. Sometimes, children can try to act in ways to self-calm, to avoid a meltdown. This may include things such as rocking back and forth or hand flapping.

I was having trouble getting my autistic son to sleep at night. It wasn’t until I stepped back and had a look at his bedroom from a different point of view, that I realised how overstimulating his bedroom was. The pretty animal pictures all over the wall paired with the matching rug, the large wardrobe with beautiful teddies lined up along the top, a set of drawers with pictures and figurines on display, the large dark brown curtains that draped all the way to the floor and the sunlight that trickled in each evening and early in the morning.

For most of us, this would not be an issue. I decided to redesign the bedroom making it as calm as possible. I removed all the animal stickers off the walls so the walls were plain. Removed all the teddies, photos and figurines and boxes them all up. Every night I would use foil to cover the window, taping it in sections to avoid any flapping or noise from the foil moving.

This made a huge difference to his sleeping. The room was now a calmer environment for him and not so overwhelming. Since my son was diagnosed with Autism, I have always wanted to make things as “normal” as possible for him. I wanted him to be able to live in our world, a world that would not conform to his needs. So every couple of months I would slowly start adding some things back into his bedroom.

I am happy to say that he is now able to sleep in a bedroom with posters on the wall, teddies lined up along his wardrobe, and pictures and figurines on top of his drawers. We have also been able to remove the foil from the window. It’s the little achievements that sometimes make the biggest difference.

This article was written by Jess, an employee at Jim’s Storage whose son has a Sensory Processing Disorder.

Jims Self Storage
Taking on an independent home renovation project can be amazing. It can be something that&...
Read More

Our Guide To Moving To Melbourne’s Western Suburbs

Jim's Storage
Melbourne has had a rough ride lately, but we still think it’s one of the best place...
Read More

Jim's Storage
If there’s something we know about here at Jim’s, it’s storage. And if t...
Read More

Jim’s Self Storage in Melbourne is a family owned and operated self storage facility, which has been operating for over 25 years with more than 900 storage spaces. We can cater for all your personal, business, document, commercial and boat storage needs.

The latest in security technology and equipment has been installed, as well as personalised pin code access, individually-alarmed units, and on-site resident manager, automatic lighting and 24-hour video camera surveillance. Jim’s also has 24 hours computerised back to base security monitoring, every day of the year.

Free trailers & trolleys available for use